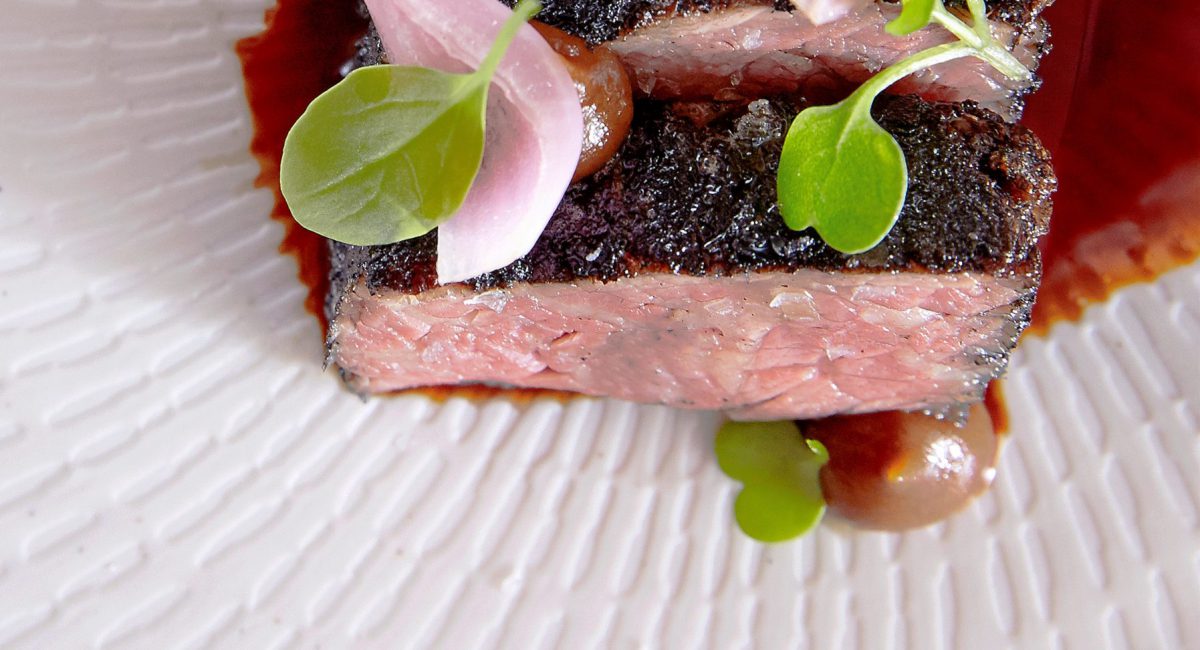 “There’s no place like home”- so goes Dorothy’s iconic mantra from The Wizard of Oz, repeated as she clicked her ruby red slippers while wishing herself back to Kansas. Indeed one could the same of Chef Kim Hock’s professional trajectory which has taken him from working in some of UK’s finest gastropubs, to finding recognition in Taiwan as San Pellegrino’s Best Young Chef Semi Finalist 2016. And from that point, to being one of three chefs representing Taiwan in competing for the World Best Young Chef award in 2016. Despite this, the siren call of Penang was too strong for the new father and Kim decided to return to the island of his birth to open Au Jardin in the gritty environs of the Hin Bus Depot.

One could say the timing was prescient for Kim’s homecoming as Penang’s fine dining scene has been tentatively blossoming with small but thoughtful restaurants making waves in an island more known for its prowess for street food. Au Jardin means “in the garden” and is an allusion to restaurant’s raison d’etre which is that of showcasing modern European fare with only the finest and freshest seasonal local produce. Inspired by the intrepid chef’s culinary journey and travels, Au Jardin is a bijoux jewel box of a restaurant with a mere 18 seats to ensure that each plate gets the chef’s personal touch, guests also get a taste of the warm hospitality of a team (both front and back of house) which has been working with Kim since years ago.

While it sounds more mellifluous in French, Au Jardin’s “quand la cuisine recontre l’art” tagline which means “when cuisine meets art” is an unequivocal statement of intent. The degustation menu (RM250) which changes monthly is the ideal introduction to this young chef’s oeuvre, an eight-course journey of considered dishes where every ingredient has a purpose and place.

An amuse-bouche of dehydrated beetroot, blue cheese espuma and luscious roe fulfil their role of amusing the palette, twin bite-sized explosions of flavour and freshness. One would never hazard a guess that chicken wings could be sophisticated enough to grace a fine dining table yet in Kim’s hands, the slow cooked chicken wings with mustard ice cream transcend the mundane.

Next up, an unassuming ball of Skipjack Tuna Tartare shaped into a tasty luminous pearl accented with Japanese ingredients like Furikake and Oba. Kim’s predilection for freshness shines through in the tiger prawn course which is served practically with the taste of sea brine on them, its brightness cleverly enhanced by ulam raja, granny smith apple and lotus root.

Iberian Pork Jowl sets up the onslaught of main courses, perfectly pink and unusually paired with preserved bean curd and pickled ginger to lend it much needed piquancy. The guava sorbet cleanses the palette before the perfectly cooked Australian Angus 6-month calf short rib makes an indelible impression, each bite delicately flavoured with onion soubise, pickled meticulously with onion and house-made mustard. Bringing home the meal is a return to the far east with the smoky flavour of Genmaicha ice cream, paired with Yuzu parfait. Served in one of Penang’s most captivating dining halls, Chef Kim’s elegant and confident cuisine would convince even the most dedicated street food connoisseur.