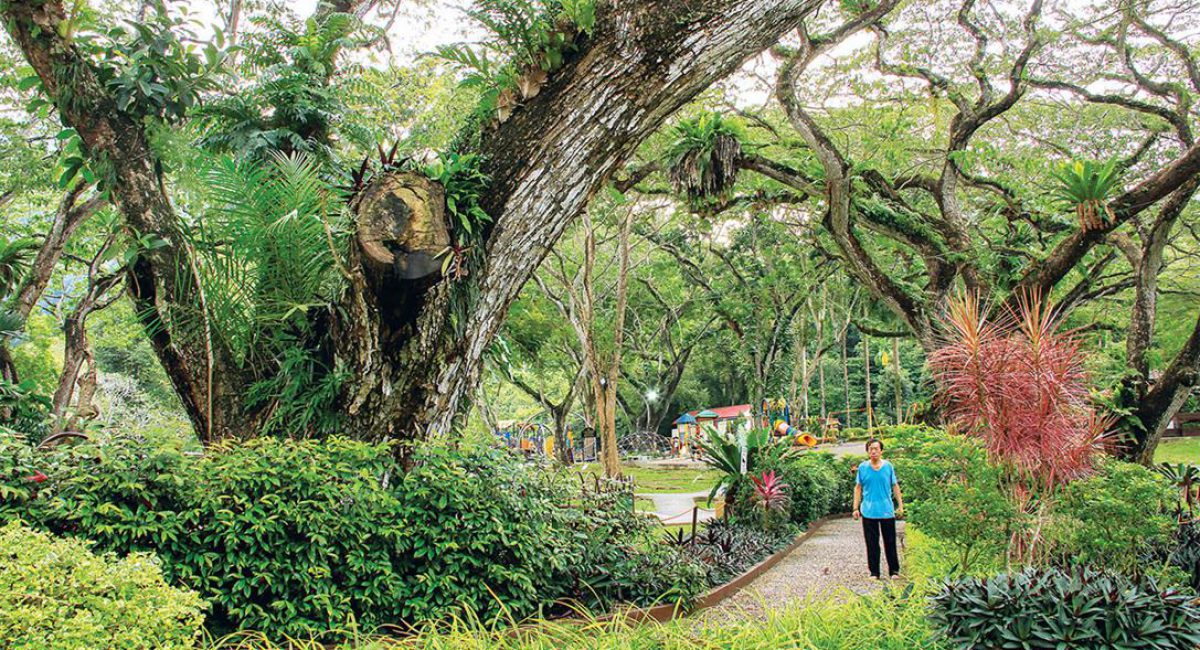 One Monday morning in June 1970, Dr Lim Chong Eu, then Chief Minister of Penang, marched into his office at the top floor of the Tuanku Syed Putra Building in Downing Street, George Town. As usual, he had a newspaper under his arm and a few files in his hand, followed by his “office boy”, the elderly Samy, carrying his bulging leather briefcase.

He had to pass by my desk outside his office. He muttered something like “Anwar, I met Datuk Albert Mah yesterday. He said we should do something about the abandoned quarry and overgrown land behind the Western Road Cemetery. Can you check and see what to do?”

The next day, I visited Mah’s office at the Penang Road Police Headquarters. He said he had travelled several times through Quarry Drive and found the area overgrown and creepy at night. I knew the place very well, having been the officer in the City Council in charge of its properties. It was some 40 acres of abandoned quarry with large boulders all over – a legacy of the explosions for granite stone for roadmaking. The place was grossly overgrown and abandoned but a few magnificent rain trees could still be seen standing out in a circle like giants rubbing shoulders.

Along Quarry Drive, a few hundred metres from its entrance at the junction of Western and Jesselton Road, was a stream where some trishaw riders and others had their baths. Further down at a curve, under some trees, was a notorious parking spot for lovers who could not find a place for “necking”1 in the Botanical Gardens, which then was as popular at night as in the day. (Cars were then allowed in at night, believe it or not!)

Back to Mah. During our meeting, he said that young people should have more places to play as the streets were not so safe. We talked about Boy Scout days and the Coronation Park at the right of the entrance to the Botanical Gardens, which for many years acted as a formal camping ground for Scouts and Guides. It was moved out to Teluk Bahang and the site is now known as the Bamboo Garden. I stayed there for a whole week in 1958 when the First International Scout Camp was held in Penang. I was then a Scout in the First George Town Troop, Penang Free School, and put in charge of the Thai delegation as well as food-buying from the market (as all food was cooked at the site by the Scouts themselves).

I thought about Mah’s suggestion and became passionate about creating something never done before. I had grown up in the town of Taiping which was surrounded by parks and jungle, and I had the joy of going on great adventures in that botanical jungle setting surrounding the town – from hills to lakes to mangrove swamps.

I put up a proposal to Lim and the City Council to create an “out of the box” park full of creative adventures and that will be aimed at youths but enjoyed by every generation. I thought of the term “Youth Park” (“Taman Belia”) because everyone thinks of “youthfulness” in their lives and people are searching for the “fountain of youth”. It should be where babies and grandmas and grandpas can join in, where a diverse range of activities – all self or community led – will be inspired. I wanted to keep the memory of the quarry, keep the jungle, and build on the trails and streams already there. I wanted to make it not only intergenerational, but also with a diversity of activities for the adventures for every generation while keeping the green setting. I considered community participation as central to the speedy and organic growth of this venture. As stated in the special brochure for the Opening Ceremony, this venture was “to build on the imagination, initiative, intelligence, energy and resourcefulness of youths”.

A Youth Park Advisory Committee was set up with Mah as Chairman, and an operations Sub-Committee led by Dr Ronnie Ooi, a young Cambridge-trained medical doctor very keen on public interest issues. I served as the secretary of both committees. We planned various ways to celebrate our multicultural, multiracial and multi-religious heritage in the “community of nature”. As I was active in the Penang State Goodwill Council set up after the May 13, 1969 riots, we thought we should make a special cosmopolitan launch to promote muhibbah(goodwill). The ground work started on August 29, 1970 with a historic 1,500 young people from various secondary schools attending. They and all the major youth clubs participated in the gotong-royong (self-help initiative). This nurturing of solidarity and a community participation spirit became central to the initiative.

In early 1971 the obstacle course was established with the help of the Malaysian Armed Forces. In June 1971 the first Tree Hut on a great rain tree was built and by the end of the year, the historic skating ring sponsored by the Rotary Club of Penang under the leadership of Datuk M. Jumabhoy was completed.

On February 26, 1972, the third governor of Penang, Tun Syed Sheh Al-Haj bin Syed Hassan Barakbah, declared open2 the Youth Park. The list of activities at the opening that weekend demonstrated the vibrancy, diversity and creativity of the place, a spirit which has never left: there was Han Chiang High School’s band performance; kompang performance by the Youth Movement Organisation (4-B), abseiling by 21 George Town North Rovers; roller skating; aeromodeling by the Penang Aero-Modeling Club; archery by the YMCA Archery Club; camping by the North & South George Town Scouts; the building of chairs and tables by vocational school students; Japanese martial arts by Budokan Martial Arts Institute; canoeing by 21 George Town Rovers; a demonstration at the obstacle course by the Putra Brigade; carving by K. Amirthalingam; gotong-royong by St. Xaviers’ Scouts; a campfire by Southern Zone; and a pop music band.

The Youth Park never stopped growing with gyms (both indoors and outdoors), a world-class stage, art murals, swimming pools, the first weekly aerobic running in the country (organised by the Penang Comets Athletics Club, of which I was the President), baseball games, concerts, night runs, nature studies, mountain biking and many others. I even had my own “nature lecture theatre” there, at a gigantic fig tree hidden near the camping site. I often gave lectures there to visiting groups from universities and community organisations from all over the world who wanted to learn about nature and work together to make a better world. I would later take them to the Gandhi Ashram on Waterfall Road where I would treat them to a traditional vegetarian meal on banana leaf and a fresh coconut as a drink and dessert. They loved the natural experience and traditional and eco-friendly food, and learned about the Penang Gandhi Peace centre which I had the honour of chairing. Many told me they had never had such an experience anywhere else.

Spirit of the Park

As indicated in the official opening brochure, the Youth Park was an experiment on three levels:

1. To create a recreational open space; in other words one of the “lungs” of the city

2. To give an opportunity for Malaysians of all races to learn to work amicably and productively together

3. To utilise the talent and energy available in the community (professional classes, youths and others) in conjunction with the civic authorities for the benefit of the community

The Youth Park shined at all these three goals and continued its growth with a magnificent proliferation of users. It only grew better and better and continued its wonderful journey of creativity and adventure in a nature setting. I want also to remember two people: the first full-time City Youth Officer (yes that was the title), Wee Teow Soon, who helped take this idea further and Derrick David, one of Penang’s outstanding architects who helped pro bono with the special design of the office/cafeteria to ensure it would be as eco-friendly as possible.

Penang should celebrate this unique splendour. It has been underestimated and underappreciated and it should really become another of Penang’s great contributions to the world. For me, initiating it was one of the greatest joys and going there regularly is a part of my life.