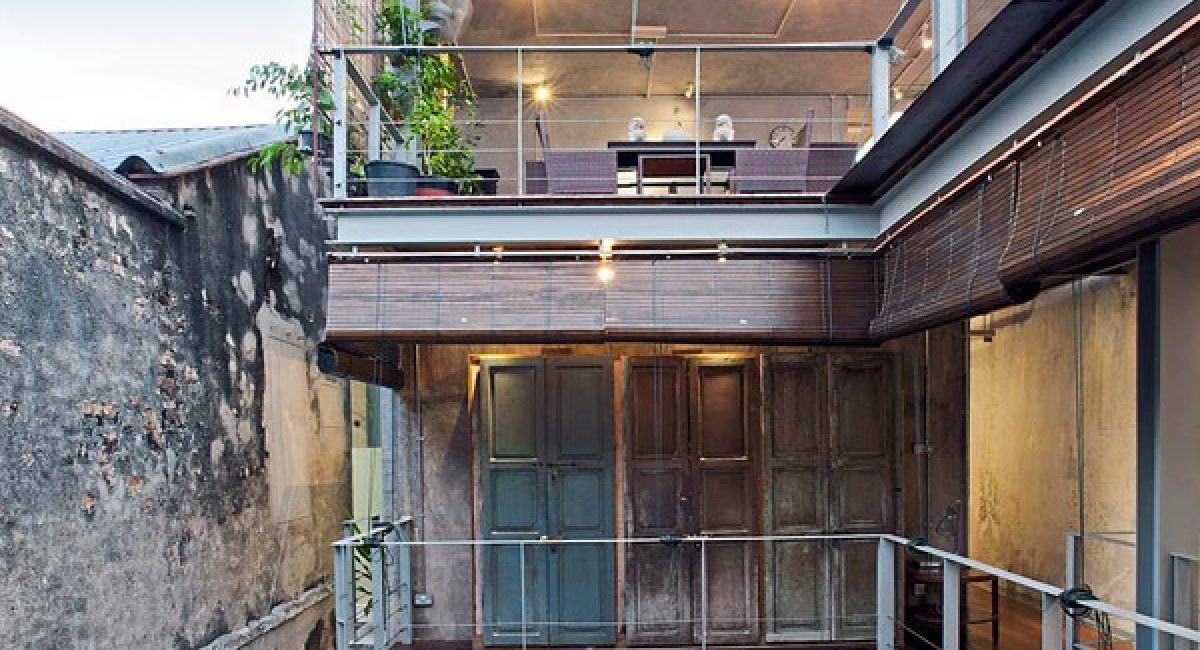 Located at the edge of the Core Heritage Zone of the UNESCO World Heritage city of Georgetown, this multi-functional arts space and lodging house is converted from a late 19th century 2-storey Straits Chinese shophouse.

The design aspires to bring together the past and present by inserting an entirely new 3-storey steel pavilion at the rear of the typical long and narrow shophouse site while preserving the front block with its historical street façade and original timber floor structure.

Having been used as a warehouse, the back of the house was much deteriorated and modified, justifying its complete rebuilding.  The old timber joists were salvaged and recycled to replace worn-down timber elements at the front section.

A distinguishing feature of this existing shophouse is its long narrow tapering site resulting in a narrow gap with its neighbour. The design exploited this as an opportunity to insert a narrow light well along the entire length of the building, thus bringing in daylight and natural ventilation into the typically dark and brooding interiors of most shophouses.

All the rooms in the building now open out onto this light slot along its side, bringing in light and natural ventilation to all the rooms. Similarly on the other side, the new steel structure is pulled away from the party wall, thereby disengaging the new structure from the party wall and allowing daylight to filter all the way to the ground floor whilst also facilitating the new bakau pile foundation to be done without intervening with the old party wall foundation.

The courtyard is where the old wing of the front portion confronts the new, where one will be able to experience fully the unapologetic intervention of a modern steel structure with a historical 19th century shophouse, where the present engages the past.  It is also the space where indoors and outdoors merge in celebration of the tropical climate.  Here one constantly experiences the light of the sky, the moving shadows of rapid passing clouds and the energy of the monsoon rains, creating a constant connection with the nature deep in the historical dense city centre.