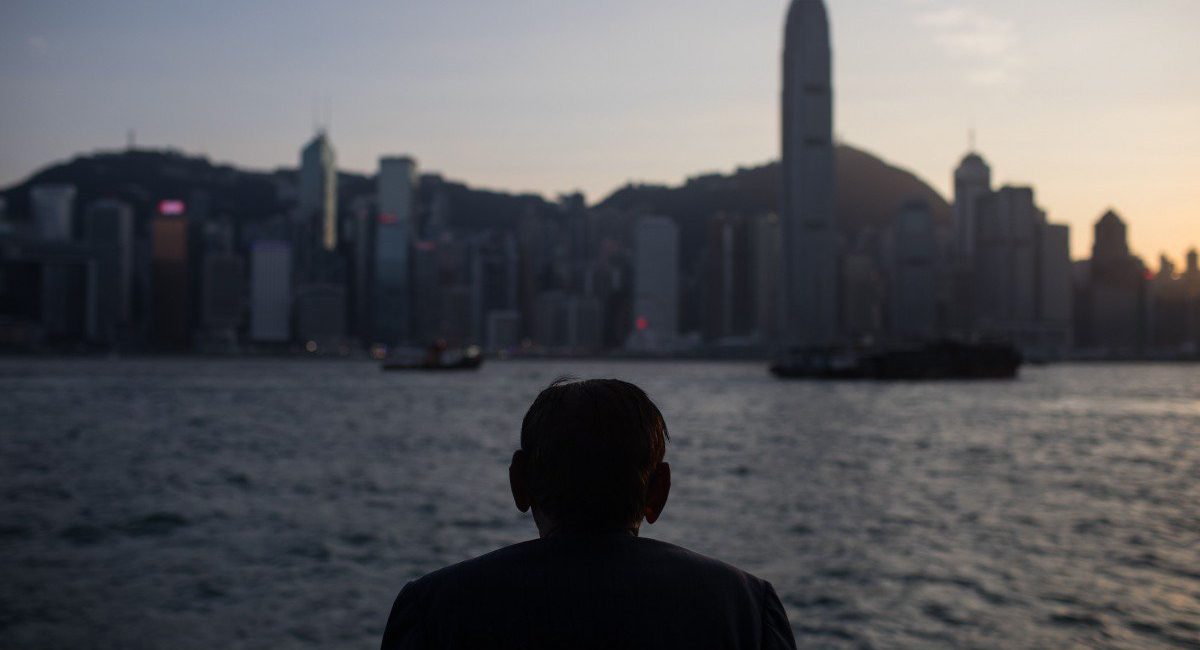 When Cheah Cheng Hye left his hometown of Penang in northern Malaysia in 1974 for a higher paying job with The Standard newspaper in Hong Kong, his plan was to stay a few years until he saved enough money to buy his family a house.

Unable to afford a flight, Cheah – 20 at the time – travelled to Hong Kong on a cargo ship. These days he is the proud owner of a BMW with a special licence plate that reads “Penang”. He is also the founder of one of Asia’s largest independent asset management firms, Value Partners.

Like Cheah, many Penangites have left in search of greener pastures as part of a nationwide trend that has seen an estimated 1 million Malaysians living and working abroad. The diaspora has increased rapidly since the 1980s and continues to rise, according to the World Bank’s Malaysia Economic Monitor.

About 15,000 Malaysians now live in Hong Kong, according to the Consulate-General. Though the Consulate does not record what state they come from, Penangites are widely thought to be the largest group in the city.

“Better career opportunities, higher income and quality of life are decisive factors influencing Malaysians who leave,” said Hwok-Aun Lee, a Senior Fellow with the ISEAS – Yusof Ishak Institute in Singapore who studies labour and social policy in Malaysia.SUBSCRIBE TO THIS WEEK IN ASIAGet updates direct to your inboxSUBMITBy registering for these newsletters you agree to our T&C and Privacy Policy

As in the case of Cheah, whose move meant an immediate 500 per cent pay rise, the higher salaries Hong Kong has to offer have long been a beacon for Malaysians seeking to work abroad.

Chess Yip first came to Hong Kong in 1987 to work as a flight attendant. Now, more than 30 years later, she has returned to the city to work as a service associate at a Southeast Asian restaurant.

“Like many others, I came for economic reasons,” said Yip. But what drew her back to Hong Kong was something different. “It is so much more diverse and global, more cosmopolitan,” said Yip, now a mother of two teenage sons.

A year after she first arrived in Hong Kong, her childhood sweetheart joined her, though they returned to Penang in 1999 to raise their children. “I always wanted to come back. I liked Hong Kong because I found it very organised and the people are much more straightforward, kind of like me,” she said.

The two cities also share a common past. George Town, the capital city of Penang, was founded in 1786 by Francis Light as a free port for the British East India Company. Its location along the Malacca Strait made it a popular landing spot for immigrants from all over Asia and particularly southern China.

“For some older Penang Chinese, there are strong cultural links and family links too,” said Cheah. “People from these two places can instantly recognise many similar elements,” he added.

But when the state’s free port status was revoked in 1969, its economy took a hit. Today, George Town’s laid-back lifestyle and its Unesco World Heritage Site in the city centre draw in the tourists but are less attractive to professionals, who find the city lacking in career opportunities.

“Until 1985, Penang had more college graduates than Kuala Lumpur but not as many jobs, so Penang exported skilled labour to the nearby British colony of Hong Kong,” said N. Balakrishnan, an entrepreneur who was educated in Penang and spent more than two decades in Hong Kong.

Balakrishnan says the similar colonial history means the two places share professional and business standards based on the British model, making it easy for those in accounting, medicine and law to work in Hong Kong.

“After five years in medical school and another year’s residency in the hospital, you’re used to the system,” said 61-year-old Philip Beh, an associate professor of Pathology at HKU. For him, staying in Hong Kong after completing medical school at the University of Hong Kong was a no-brainer – and not just because he married a woman from Hong Kong.

However, Beh had another, more pernicious reason for leaving – he was 11 when the bloody May 13 race riots between ethnic Chinese and Malays broke out in 1969, mainly in Kuala Lumpur, where Beh was studying at the time. Urban areas with larger Chinese populations were also affected, including Penang and Malacca.

The riots led to the death of 200 people, according to official records, but unofficial accounts from Western diplomats put the death toll higher, at 600. Most of the dead were ethnic Chinese.

“After that, everything changed. As a Malaysian Chinese, suddenly you realise you’re not welcome anymore,” Beh said.

Following the riots, the government at the time proposed the New Economic Policy in 1971, an affirmative action plan meant to eradicate poverty, particularly among the Malays who were forced into making a living through subsistence agriculture under British rule.

FLEEING DISCRIMINATIONUnder the NEP and later the 1991 National Development Policy implemented by Prime Minister Mahathir Mohamad during his first stint in power from 1981 to 2003, the ethnic Chinese and Indians living in Malaysia began to face increasing discrimination in Malaysia. Many chose to leave, sparking worries of brain drain in the country.

In 2010, then Prime Minister Najib Razak’s promise to undo race-based affirmative action policies was embraced by many non-Malays, but he later backtracked on the pledge. Hwok-Aun Lee says the dashed hopes for reform of many Malaysians, particularly Malaysian Chinese, may further fuel the brain drain.

“This is what I would call a vicious loop of hollow promises and overzealous expectations,” said Lee. “The failure of the country to have a candid, measured and critical conversation on race-based policies further polarises Malaysians and perpetuates this cycle of false promise and dashed hope.”

Whether the new government will be able to reverse the current exodus of talent, Lee thinks those that left are likely monitoring developments at home before making a decision. “Returning home carries more weight because it is more permanent, and also may entail financial sacrifice,” said Lee.The World Bank’s Malaysia economic monitor estimates almost 90 per cent of the Malaysian diaspora in Singapore are ethnic Chinese. From that, Lee says, it can be deduced the percentage of ethnic Chinese in the global Malaysian diaspora is disproportionately high.

However, the discrimination and lack of opportunity faced by Chinese Malaysians has also made them more resilient, says Gan Khai Choon, who co-chairs the Malaysian Chamber of Commerce in Hong Kong and Macau with Cheah Cheng Hye.

Ethnic Chinese make up most of the population on Penang Island – Penang state also includes Seberang Prai on the Malay Peninsula – according to the last census in 2010.

“They’re more hungry, more flexible and more hardworking,” said Gan, who is also from Penang. “It is a fact of life that Malaysians, and Penangites in particular, are probably the best employees at a management level,” said Gan.

Gan also says people from Penang have an added advantage over other migrants – they come from a state which is home to several of Malaysia’s oldest schools, including the Penang Free School, founded in 1816, as well as Convent Light Street School, the oldest girls’ school in Penang, founded in 1862.

This has led to Penangites becoming globally competitive, and in Hong Kong, many of them find a place in multinational corporations, law firms and as faculty members of Hong Kong’s universities.

Yet despite their successes, the people of Penang who have found their fortune in Hong Kong remain loyal to their hometown, Gan says. “You feel a sense of belonging to Malaysia. In fact, some of us are even more passionate about Penang than those living in Penang,” said Gan.

Cheah Cheng Hye agrees. “There are a number of social causes that have benefitted from the flow of money sent home by Malaysians living in Hong Kong,” he said.

Hong Kong, however, also has its drawbacks. Chess Yip notes the rising cost of living in Hong Kong is making it harder to save money. Cheah says overcrowding and air pollution are other negatives.

Indeed, some people turn to Penang as an escape from Hong Kong’s high costs and crowded streets. Many who have worked in Hong Kong for years return to seek comfort and luxury in the streets of George Town.

Mariam Lim, originally from the mining town of Ipoh in Perak state, northwest Malaysia, has retired comfortably in Penang after working in Hong Kong as a human resources manager for multi-national corporations for 11 years.

“When I was working in Hong Kong, I always had to remember to leave for a Hong Kong antidote,” she joked. “I love Penang, my friends are here, the people are nice and it’s culturally very rich. My family isn’t too far away either in Kuala Lumpur and Ipoh, I didn’t have second thoughts about coming home,” she added.

Lim’s sentiments are shared by Hongkongers looking for a quieter place to retire, and the Malaysia My Second Home scheme, which grants foreigners 10-year visas to live in the country, has made Penang one of their top choices.

Some of them are retired Hong Kong policemen, who declined to be interviewed, wanting to keep a low-profile.

“Initially I thought I would promote Kuala Lumpur when I was asked by my Hong Kong clients where to stay in Malaysia, but they like Penang,” said Sam Choong, a lawyer who works with applicants of the Malaysia My Second Home scheme.

“It’s a dream for them to have a more tranquil, holiday island style life and they have more space,” said the agent, who has offices in both Penang and Kuala Lumpur.

Lorinna Gehrig, who was born and raised in Hong Kong but married a Swiss husband, first made her way to Kuala Lumpur, before being convinced by people at the Embassy of Switzerland in Malaysia to retire in Penang.

“When I first arrived in Penang, we were staying at the Eastern & Oriental hotel and sitting outside looking at the Malacca Strait, it felt like Hong Kong 40 years ago,” said Gehrig. “And I was thrilled to hear the Indians here speaking fluent Cantonese,” she gushed.

Gehrig has been living in Penang since 2007. Property prices were a huge draw for her. Along with an apartment, she and her husband Stefan Gehrig bought a row of heritage shophouses in George Town, where they have invested in a cafe, a boutique hotel and an art gallery. “For the same price, I can get a place 10 times the size of a Hong Kong property,” she said. She also appreciates how accepting Penangites are of her mixed marriage, saying: “No one looks at us strangely here.”

For the Penangites that have left, their hometown continues to call to them.

Pathology professor Philip Beh, who has been away from Malaysia for more than 40 years, finds himself dreaming of Penang’s world-famous cuisine. “My taste for the food never diminishes,” he said.

While Cheah Cheng Hye insists he can never fully retire from running his company, he hopes to spend more time in Penang. “When world-class opportunities in cities like Hong Kong, London and Singapore are available, it is hard to resist when we’re younger. But I think Penang has a good environment, apart from a few traffic jams here and there.”