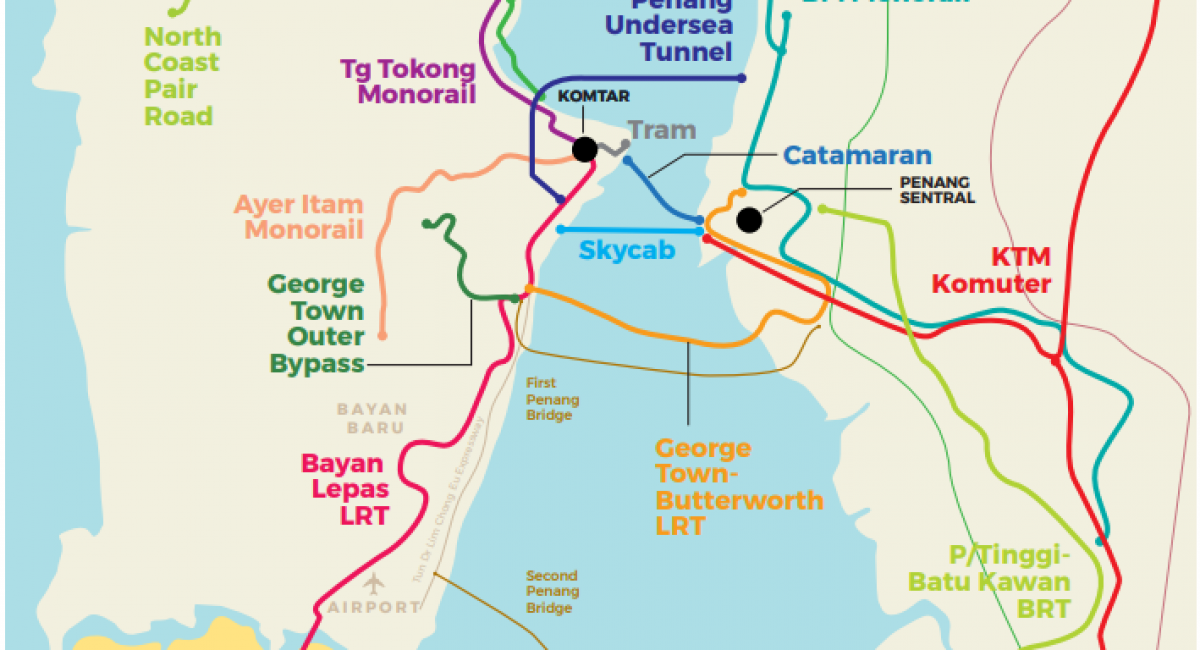 GEORGE TOWN: Construction on the RM9bil light rail transit (LRT) line and the RM9.6bil Pan Island Link 1 (PIL 1) are scheduled to start in June next year.

The Star learnt that the PIL has received approval from the Depart­ment of Environment – the federal regulator overseeing the Environ­mental Impact Assessment (EIA) report – in March while the LRT is expected to receive a conditional approval from the Transport Minis­try in May.

Both mega projects will be tendered to local and international companies at the end of the year.

“We can expect construction work for both projects to start in June 2020,” sources said.

Earlier, it was reported that the construction work for LRT might start in early 2020.

Both the LRT and PIL are components of the RM46bil Penang Tran­sport Master Plan (PTMP) which has met with resistance from va­­rious conservation groups.

The LRT is an integrated transport solution comprising a monorail link, cable cars and water taxis to solve traffic congestion in Penang while the 19.5km PIL highway project connects Gurney Drive to the Penang International Airport.

The LRT begins from Komtar in the northeast corner of the island and passes through Jelutong, Gelu­gor, Bayan Lepas and the airport before ending at Island B, one of the three man-made islands proposed under the Penang South Reclama­tion Scheme (PSR) to accommodate the state administrative buildings and offices.

The SRS’s role is to supervise the projects until their completion and to scale down the cost.

The sources said approval for the PSR to create the three man-made islands totalling 1,821ha was likely to be given by the National Physical Planning Council before the end of this month.

“The tender to reclaim the island will be out in the third quarter of this year.

“Reclamation work is expected to start in the first quarter of 2020.

“There will be a need to construct a dam and three power plants for the islands.

“Island A will house indus­trial and residential projects.

“There will be industrial lots developed for sale to foreign and local investors to generate funds for the PTMP projects.

“Island B will accommodate the state administrative offices and commercial properties while residential properties will be developed on Island C,” the sources said.

They said SRS Consortium was expected to raise RM46bil from sales of the islands.

“About 75% of the 1,821ha will be for sale. The sale of the industrial lots has generated a lot of enquiries.

“Some 30% of the enquiries received so far is for the industrial land,” they said.

In the past, non-governmental bodies such as the Penang Forum and the Penang Citizen Awareness Chant Group have opposed both the LRT and PIL, urging the state go­­vern­ment to look at other options.

Penang Forum, a loose coalition of about 40 NGOs in the state, has suggested, among others, trams or even a bus rapid transit system.

Last year, Chief Minister Chow Kon Yeow said that the major components of PTMP would be fully funded by revenue genera­ted from the sale of reclaimed land of the PSR project.