Penang Fun Experiences with Despicable Me3 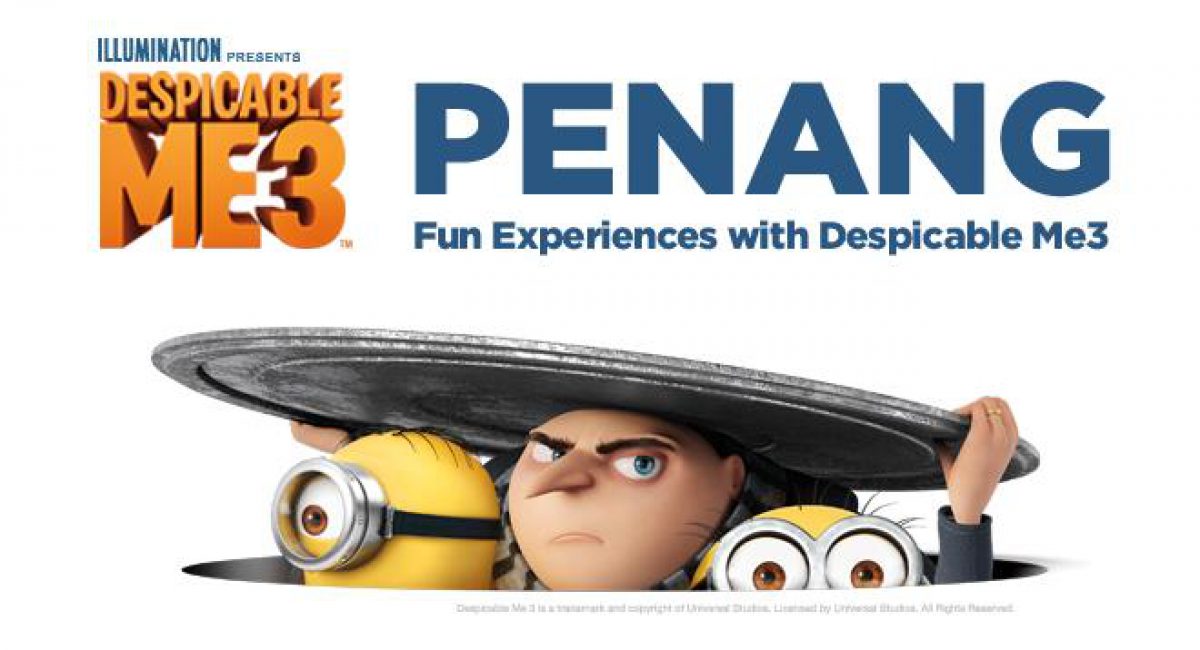 Despicable Me fans can soon be enjoying their free time at a “pop-up” fun spot in Seberang Perai. The ever popular Despicable Me3 friends are making their way to Penang, building themselves a “pop-up playground”. The biggest outdoor Despicable Me 3 event in Malaysia, this is held in conjunction with Hari Raya and Merdeka celebrations.

Exhibition
Enter through a tunnel arch and be taken into plenty of Despicable Me 3 themed photo opportunities, including a 32 feet giant on-ground Minion made from flowers and a 15-foot tall character. At a later date, there’ll be a 4600 feet dome hall where visitors can enter for a tour of the Despicable Me 3 gallery with lots of selfie and wefie opportunities, as well as a chance for you to purchase and bring home your favourite Despicable Me3 merchandises. One of the highlights that’ll you’ll experience in the dome hall would be the Penang Corner, where you can capture your “Minion moments” with Penang elements.
*Dome hall is only from 1 July – 3 September 2017