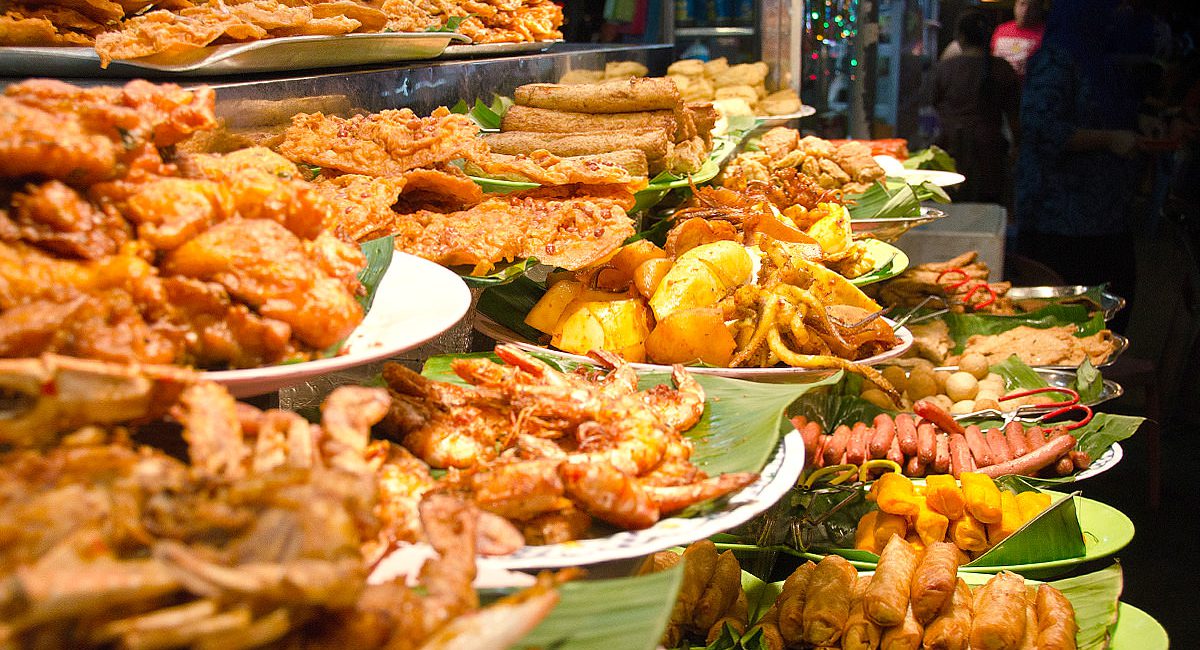 In this list we have made the effort to find and name the ones who matter. A list that is a curious but delicious mix of the island’s best traditional dishes, we present (in no particular order) the hawker stalls that cook them up best and where to find them.

When it comes to Penang food, there is no more famous dish than char koay teow. Sometimes called fried kway teow, it is a dish of flat rice noodles, stir fried in a charcoal-fired wok with fat supple prawns, cockles, scrambled egg, crunchy bean sprouts, strips of fish cake and chilli paste. The more famous versions of this dish will include pork lard and even sweet barbecued pork slices which results in a combination of flavours that are pretty unique.

A popular glass noodle dish with a spicy, mackerel-fish based broth which has sour undertones, assam laksa is a traditional Peranakan dish popular all over the island. The yummy soup is made by stewing poached mackerel along with tamarind juice, shrimp paste, cucumber slivers and bird’s eye chillies.

In the Kuala Lumpur city centre, hokkien mee is classified as a dish of fat yellow noodles in a thick black soy sauce but in Penang hokkien mee (also known as hae me) is a prawn-based, spicy broth noodle dish. Originally a Chinese specialty, the broth is thin yet flavour-packed, made from stewing dried prawns, prawn heads, garlic and other spices. The soup in imbued with even more flavour by the addition of pork slices, fish cake slivers, bean sprouts, crispy deep fried shallots and a red chilli paste. Though largely spicy, with a savoury streak, there is an underlying sweetness to the soup, thus making it such a favourite with travellers.

Rojak pasembur is a dish of cool cucumber slivers, crunchy bean sprouts, fat squares of tofu, turnip shreds, chunks of hardboiled egg and crispy prawn cracker crusts, drizzled with thick, spicy and nutty gravy. In some versions, there is even the addition of seafood, such as octopus rings. What makes the dish messy is the fact that it is presented on a plate with the ingredients heaped up mountain-style, then the sauce is generously poured over it – you then have to artfully skewer pieces to eat with a wooden stick.

After diving headfirst into all those chilli-infused local dishes, it is good to know that Penang’s also famous for a sweet, icy dessert that will help cool the fire to your taste buds. Known as cendol or chendul, each bowl is made up of coconut milk, pandan-flavoured green rice flour jelly noodles and brown sugar poured over a heaping of shaved ice.