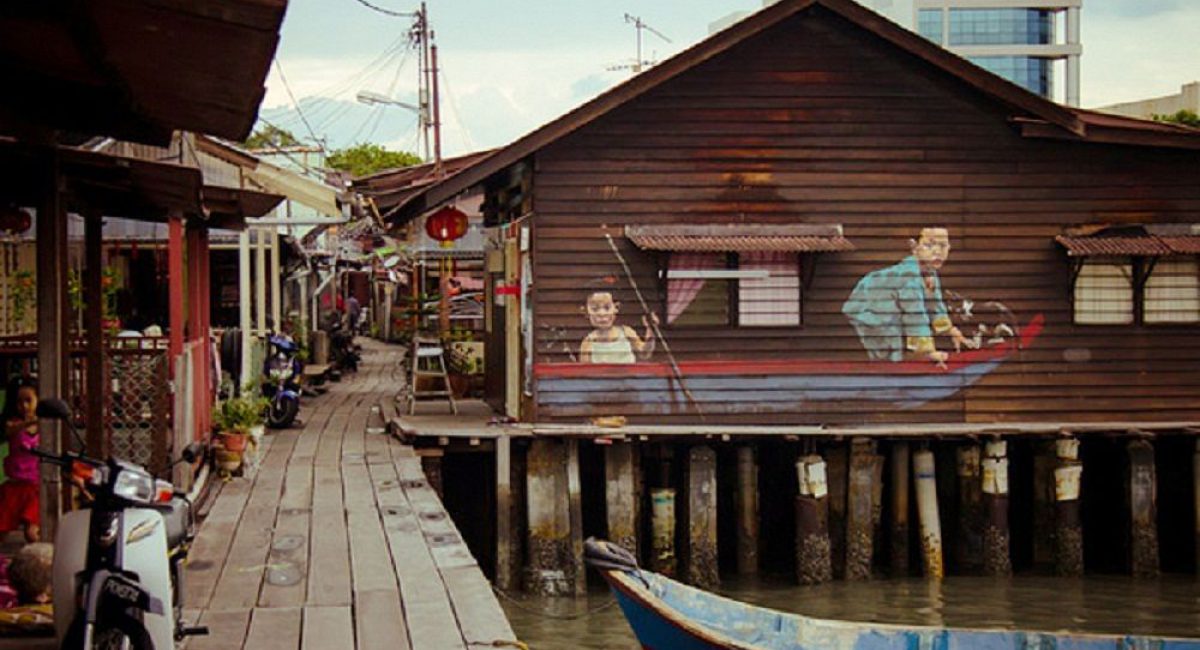 With the respected Conde Naste magazine recently naming Penang as “the top 10 places to retire”, we list our very own top 11 list on why this tortoise-shaped island has moved up the big league.

Fact 1: Property prices on Penang Island have always been on an uptrend

Land scarce Penang comprises 293 sq km. Like Singapore, Penang is experiencing the “island effects” where a spike in property price has been noted since 2008.

Penang’s unique geography and its attractiveness as a property investment destination have contributed largely to this.

According to data from National Property and Information Centre (NAPIC), Penang has the second highest price index in Malaysia after Kuala Lumpur.

The price index has been rising steadily by approximately 50 points to reach almost 150 points since NAPIC started tracking the data from the first quarter of 2000.

As most of the island is made up of hilly and forested interiors, land reclamation has been the way to go, particularly in the Seri Tanjung Pinang area where Eastern & Oriental Berhad has plans to reclaim even more land.

Fact 2: Majority of the transactions here range from RM500, 000 to RM1 million

The average per sq ft price on Penang island ranges from around RM350 to RM1,000 per sq ft, depending on location.

According to data from NAPIC, majority (827) of the transactions that occurred in Penang during from the third quarter of 2013 to the same period in 2014 were for properties ranging from RM500, 000 to RM1 million.

Fact 3: There are still pockets of affordable homes on Penang Island!

Go to the state government’s website and look for housing projects in the Timur Laut area. You’d be surprised there are still affordable homes for Penangites.

There are three economic drivers in Penang Island – tourism, food & beverage and the manufacturing hub at the Bayan Lepas Free Industrial Zone.

When investing in property, ensure they are close to these three industries as it will make your property more desirable and enhance your property values.

Is your property close to any notable heritage sites, tourism landmarks, famous eateries or the Bayan Lepas Free Industrial Zone?

You heard that right! Penangites love their island life so much that they would only want to buy a property on the island.

These areas are where affluent Penangites, the “old money” generation, expatriates and foreign investors prefer to live.

With delicious yet affordable local fares like Pasembur, Penang Laksa, popiah, chendol and nutmeg juice, even a non-Penangite would want to stay on the island.

Fact 6: Penang is the top destination among Malaysia My Second Home (MM2H) applicants

With UK’s respected The Guardian newspaper ranking Penang on number eight in its Top 40 global destinations in January 2014, more tourists have fallen for its charm and see it as an ideal retirement destination.

In fact, Penang is one of the top retirement choices among foreign retirees under the Malaysia My Second Home (MM2H) Programme.

Since March 2013, more than 21,000 applicants have been approved and Penang has always come out on top due to the charming island life, scrumptious local food and idyllic beaches.

Fact 7: Tourism numbers are on the rise

It’s hard to resist the old-world charm that Penang has to offer. From the quaint boutique hotels Armenian Street to the Peranakan shop houses, time appears to have stood still on this island that is home to many well-preserved colonial buildings.

In fact, Penang is one of my favourite destinations as it has an eclectic mix of island life, delicious local food and the historic yet artsy stretch of Georgetown.

The numbers don’t lie. Government data showed that Penang saw international and domestic arrivals increasing by 8 and 33 percent respectively in 2014

Call it the “Georgetown effect”, if you will.

Since Georgetown was listed as a UNESCO World Heritage Site in 2008, it has become a major tourism destination and a hot property market.

Fact 8: Penang Integrated Transport Master Plan (PTMP) will be the game changer in its property market

In December 2015, the Penang Integrated Transport Master Plan (PTMP) was approved by the Penang executive council that is expected to cost RM27 billion.

In all, there will be two LRT lines, three monorail lines and a BRT line.

Phase one will comprise an LRT system will run from Penang International Airport to KOMTAR in George Town. It also includes the Pan Island Link, an expressway, linking Bayan Lepas to Gurney Drive.

There will also be two monorail line within the island – Ayer Itam monorail and Tanjong Tokong monorail. This is expected to be launched in the subsequent phases which will include a tram line.

Fact 9: Georgetown, P.Ramlee and Jimmy Choo have made Penang ubiquitous

Since George Town was listed as a UNESCO World Heritage Site in 2008, the island had undergone a sort of cultural renaissance that marries the old and the new, yet retaining the unique flavour that is distinctly Penang.

Think local flavour like P. Ramlee and Jimmy Choo that have continued to resonate with the younger generation at trendy cafes and via street art.

P. Ramlee was born in Penang and his legacy continues to be felt via his films and music that remain popular across the Malay Peninsular.

A distance away at the intersection of Lebuh Leith and Lebuh Munthi, you can learn about Jimmy Choo’s humble beginnings where he started his apprenticeship prior to being a global icon.

Temasek Holdings, Banyan Tree, Perrenial are among the growing numbers of Singaporean companies investing on the island.

The total development cost is expected to be more than RM3 billion.

Fact 11: The eastern coast is poised for further growth

Gelugor is getting a major facelift that will enhance property values of new and existing homes in the area, including a spillover impact to Paya Terubong.

With a GDV of RM3 billion for the mixed-use development combined with the upcoming LRT line, this is the next growth centre on Penang Island